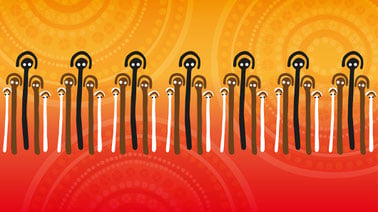 The Noongar language, also spelled "Nyungar" or "Nyoongar," is an Australian aboriginal language of the Noongar people. It's thought to be a collection of indigenous languages merged into a single spoken dialect sometime after English colonization.

The language group and its subgroups were located in the southwest and western Australia. Still, linguists and researchers are divided about which languages belonged to the grouping and which may have belonged to different groups. However, a 1990 conference from Nyoongar Language Project Advisory Panel recognized officially Noongar dialects.

There are several Noongar dictionary versions, notably compiled by Bernard Rooney and Rose Whitehurst. The list of speakers is growing, thanks to the Noongar community and Noongar Boodjar Cultural Aboriginal Corporation, an organization and language school dedicated to preserving Noongar cultural identity. There's even a community college, Moorditj Noongar Community College.

Students interested in this Western Australian dialect and culture can explore its people and legacy with edX.org. Courses are created in partnership with leading researchers in the field of linguistics, history, and cultural studies. Students study with a global cohort of learners on their own schedule and from the comfort of home.

Courses are free for students to learn and explore for the fun of discovery. edX offers official credit, certifications, and micro-degree options as well for a fee, making it simple to gain the training students need to advance their careers.

CurtinX offers a course, Noongar Language and Culture, taking students through Noongar Boodja (country) and history. The course examines the effects of colonization on South Coast people groups and Torres Strait Islanders, as well as culture and language exploration. Students learn conversational wordlists and even a little about bush medicines and foods.

Other course options include Cultural Heritage in Transformation from RWTH. This course addresses cultural preservation themes, introducing students to the vital concepts that the Noongar community has used to bring their language and culture back from the brink of extinction. ColumbiaX offers a course, Indigenous People's Rights, exploring the place of reconciliation and restoration after colonization, and UBCx offers a course specifically on reconciliation, Reconciliation Through Indigenous Education.

Thanks to the work of the community, including Wirlomin Noongar and Noongar Boodjar Cultural Aboriginal Corporation, the Nyungar language and culture are coming back. Noongarpedia is recording the written and oral language and customs, and more people are interested in its history.

You can learn the Noongar community's fascinating contributions and explore what it means to respect and preserve indigenous cultural heritages with edX and its community. It's time to get in touch with your area's history or expand your horizons from afar.