Learn Latin with online courses and lessons on edX! 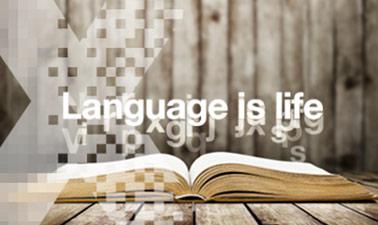 People may say that Latin language is dead, but nothing could be further from the truth. Latin is not spoken commonly anymore, but it lives on in a variety of languages spoken today. English, Italian, Spanish, French, and Portuguese all have roots in Latin words, making the official language of many of the world's major countries legacies of Latin.

Latin itself - as an Indo-European Language - is a large part of world history. The Roman Empire, which stretched out across Europe, Asia, and parts of North Africa, used Latin as the official language. During the middle ages, monks and politicians both used Medieval Latin as the common language of knowledge and learning.

Latin's influence on the world is undeniable. EdX.org has courses designed in partnership with leading institutions to deliver to students across the globe and on the students' schedules. You can participate in courses on your own time and build the knowledge you need to accomplish your goals.

You can begin with historical perspective courses such as Harvard's "Books in the Medieval Liturgy." You'll learn how the church used Ecclesiastical Latin in ritual and thought without needing to take Latin lessons.

You can also study how monasteries were influenced by the paper revolution and kept detailed records with Harvard's two-part course. A knowledge of Latin grammar or a Latin dictionary to help you examine Latin texts is helpful, but not necessary. Instead, you can learn how the literary language helped shape record keeping and what we know from this time.

You can also participate in Latin language courses in Italian. You'll study Latin literature from the late Latin period, plus other Latin influences from Ancient Rome and Vulgar Latin to more recent influences. Studying Latin is Studying History

Latin's influence on the world involves more than just declensions and liturgy from the Roman Catholic Church. Whether you're knowledgable of all the cases - think genitive, ablative, dative, and nominative - or just saying those terms makes you sweat, there are courses that can satisfy your curiosity and build valuable knowledge.

From early Latin and Classical Latin to high school explorations of the language, countries around the world owe a lot to this language. Let edX help you explore not just the words of Caesar and Cicero, but Latin's influence everywhere. You could find that a "dead" language holds a lot of magic.